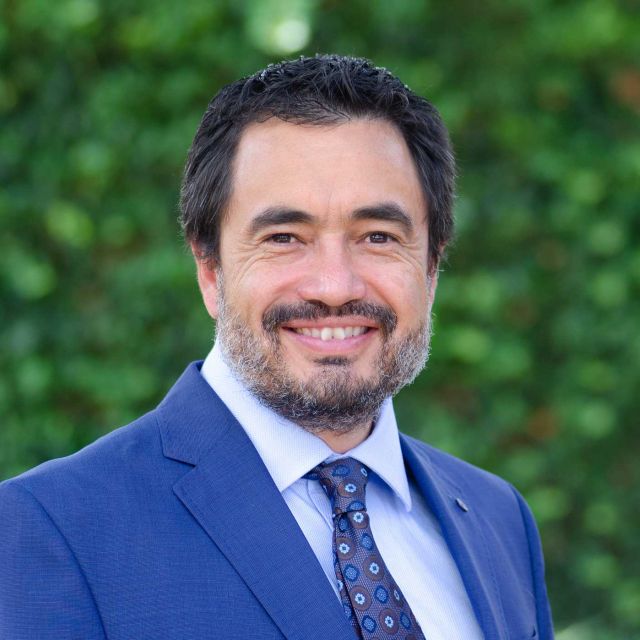 Javier Read de Alaniz joined the department of Chemistry and Biochemistry at UC, Santa Barbara in 2009 and became the Associate Director of the California NanoSystem Institute in 2015. Born and raised in Las Vegas, New Mexico, he received his B.S. degree from Fort Lewis College (Durango, Colorado) in 1999 where he conducted undergraduate research under the direction of Professor William R. Bartlett. He obtained his Ph.D. under the supervision of Professor Tomislav Rovis at Colorado State University in 2006. His doctoral research focused on asymmetric catalysis. Javier then moved to California, where he worked in the area of total synthesis with Professor Larry E. Overman at the University of California, Irvine. During that time, he was the recipient of the University of California President's Postdoctoral Fellowship.

Our research group is involved with a wide range of fundamental and applied chemistry that extends from the development of new synthetic transformations to the creation of a novel class of organic photochromic material. The overarching goal of our research is to develop robust and efficient synthetic approaches to chemical reactions for applications in materials science, as well as synthesis. Our highly interdisciplinary work can be broken down into three key research areas: (1) design and development of light-responsive materials (2) synthesis of well-defined and functionalized polymers and biomaterials and (3) studying new transformations promoted by earth abundant copper salts.